Writing without the stereotypical cliches and without it sounding like you are attempting to make a medical dictionary into a sex story, it can be plain hard to do. As with any writing project, there has to be something there.

I thought I would share with you all an excerpt from my New Release story, ‘Weekend with Friends.’ All of my work can be found at S.D Lange, on Amazon. … END_OF_DOCUMENT_TOKEN_TO_BE_REPLACED

What can I say? It’s been several months since my last post, and over that time so many things have taken place, I’m not sure where to begin. Let me … END_OF_DOCUMENT_TOKEN_TO_BE_REPLACED

Here is a small excerpt from my upcoming novella, ‘Downtown,’ a Dom/sub story. 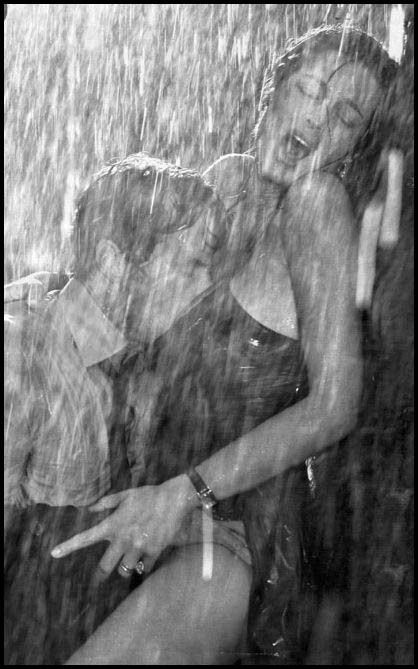 “Goosebumps dotted my flesh as his fingertips traced the natural curve of my spine before resting on one globe of my ass. Breathless, I lifted my eyes to meet his own heat filled gaze. In that look, something primal, a man consumed with hunger—a hunger for my body.

Dim lighting cast shadows into the alleyway where we stood outside the crowded club. Dark clouds covered the night sky and had threatened to unleash the havoc of Mother Nature all night. What began as a few drops turned into a torrential downpour, plastering my already skin-tight black dress even closer to my curves. Chilled from both his touch and being wet, his breath felt like fire against my cheek.

“I want you, right here, right now. I want to feel your velvet heat wrapped around my cock.”

Before I could form a response, the palm of his hand traveled my side, cupping my breast in his hand. Almost harshly, he pinched the protruding nipple through the fabric. I gasped, the sharp, sudden pain quickly transformed into pleasure, and my blood boiled, spewing lava-like fluid through my veins. My arms acted of their own accord, wrapped vine-like around his neck, long nails sinking into the thick mass of waves, pulling my body closer to his.

In nothing more than a murmur, I whispered, “Fuck me, Sir.”

Two words were his undoing. A shift in his position had my back against the wall. The dress I wore barely skimmed the tops of my thighs, using his leg to spread my own, the material lifted exposing me to anyone who might happen to step outside. While rain continued to fall, drenching us both, it was no match for the hot, sticky, juices that now coated my inner thighs.

Lifting my leg with one hand, the zipper on his pants came down with ease. Following his earlier directive, I wore no panties, as was standard for our nights out. His rule—he has access at any time, in any place. Balanced on one stiletto heel, the head of his rock hard manhood pressed against my soaked pussy. One hard thrust and he filled me completely, causing me to hiss in surprise. Over and over, he slammed his engorged cock deep inside, my head held to the side by his fingers locked in my hair.

“You feel so fucking good. So tight, baby girl.” He groaned.

He pulled out, and I fell to the ground, wrapping my lips around the throbbing member in front of me, I swallowed as much of the thick cock as I could manage, using my mouth to fuck him and finish him off. Holding my head, he shoved himself into my throat, gagging me, but not stopping as he exploded and emptied himself. Proud of myself for not spilling a drop, I used my tongue to clean him, a mixture of my own juices and his.

His words alone almost pushed me over the precipice. I knew when we returned home, he would more than take care of me.”

I don’t even know where to begin. Let’s see, what has happened in the past two weeks? I’ve fallen behind-very behind. Our house is the home to a brand new … END_OF_DOCUMENT_TOKEN_TO_BE_REPLACED

I try to avoid politics and religion in any part of my work. That said, I’m human. These things affect me, as they do most of you. Here it is … END_OF_DOCUMENT_TOKEN_TO_BE_REPLACED

Early morning, birds chirping from high upon the tree tops. Music streaming through the laptop speakers, the kid is asleep, coffee brews, filling the house with that fresh ground coffee … END_OF_DOCUMENT_TOKEN_TO_BE_REPLACED

There is a moment of sheer panic when you meet one of your child’s new teachers and he smiles at you, says he’s quite impressed with what your daughter told the class you did for an occupation. Then time freezes.

“She told us you wrote books. I’d love to read a couple of them.”

Thinking on my feet, my first instinct was to say, “I don’t think you’d be interested.” Then thought, no, that would be cutting my own throat. Normally, it wouldn’t have mattered but this was a teacher. How do you tell him you don’t want to share your smutty, dirty, nasty side with him?

Instead, I sucked it up and told him I would email him a list of links. He looked at me, puzzled but placated. After sending the list, I went on about my business. Back to school night we ran into him again. He thanked me, cleared his throat, stated they were interesting and he enjoyed them. Funny thing, this time around, it was he that adopted the embarrassed appearance.

We never spoke of it again. Now, I’m sitting here left wondering if my next work will be along the lines of “a professor and his naughty co-ed.” Wonder if he still uses a paddle?